Figuring out what each unique area in Nashville has to offer can be hard. This guide was designed to make your decision about what area to live a little easier!


The guide focuses on the main areas in and around Downtown Nashville, within about 10 miles of the heart of the city. Since you want to be close to all the great things happening in Nashville, these are the top neighborhoods to be in.


VISITING NASHVILLE BEFORE YOU MOVE

If you’re serious about moving to Nashville, we highly recommend visiting and exploring like a local. The honky tonks are fun, but once you move to Nashville, they won’t be at the top of your list anymore. You’ll probably be more concerned about things like grocery stores, shopping, exercising, schools, safety, and transportation.

Since you may not be familiar with Nashville neighborhood names or locations, take a quick glimpse at the map below. This is a general location of each neighborhood. 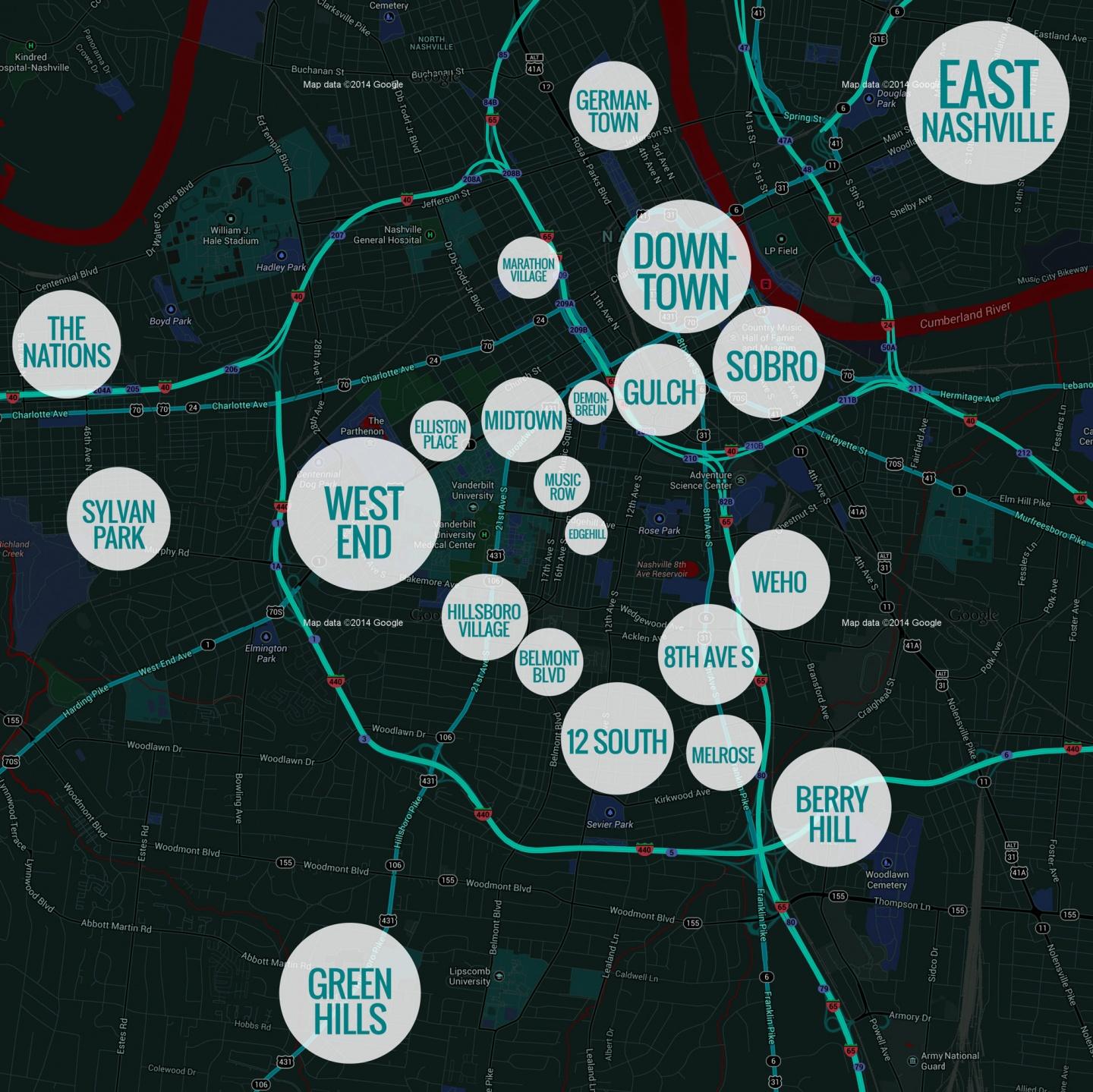 Keep in mind, some of these neighborhoods are small and side-by-side with other neighborhoods, so they are often interchanged or lumped together. For example, Midtown technically encompasses Demonbreun, Elliston Place, and West End, but locals often refer to these areas separately. 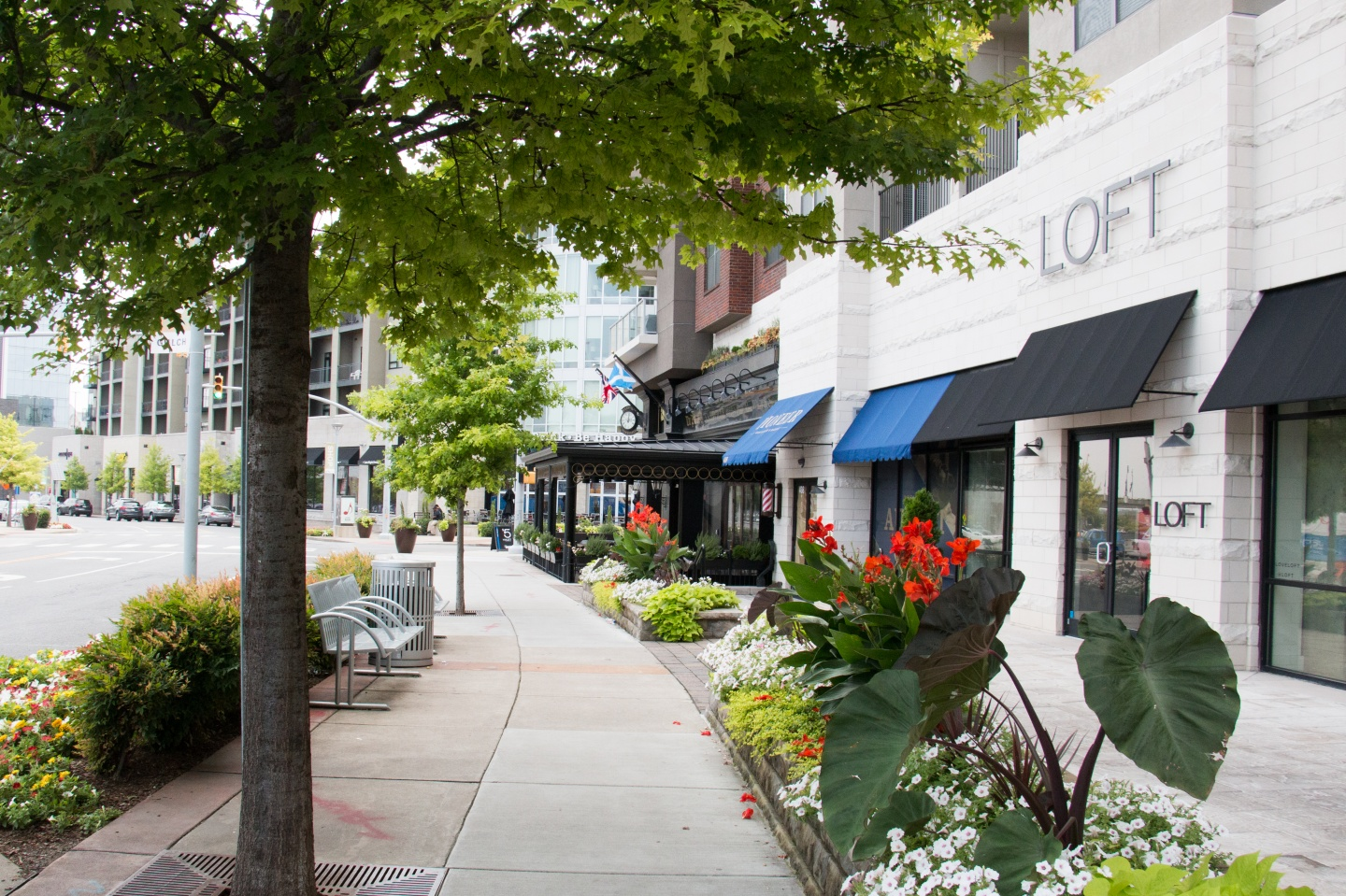 The Gulch is located a little bit south of Downtown Nashville. The small area has an upscale, trendy vibe and is packed with things to do. The Gulch is extremely walkable because it’s located between several different areas. You can walk to shops and restaurants in the Gulch as well as other areas such as Downtown Nashville, Demonbreun and Midtown. The Gulch is ideal for people who want to be in the heart of the action in Nashville.


The Gulch has everything you need to maintain a walk-able lifestyle, including restaurants, bars, a grocery store, fitness studios, clothing stores, music venues, apartments and condos. There’s also a new green-way and bike path. 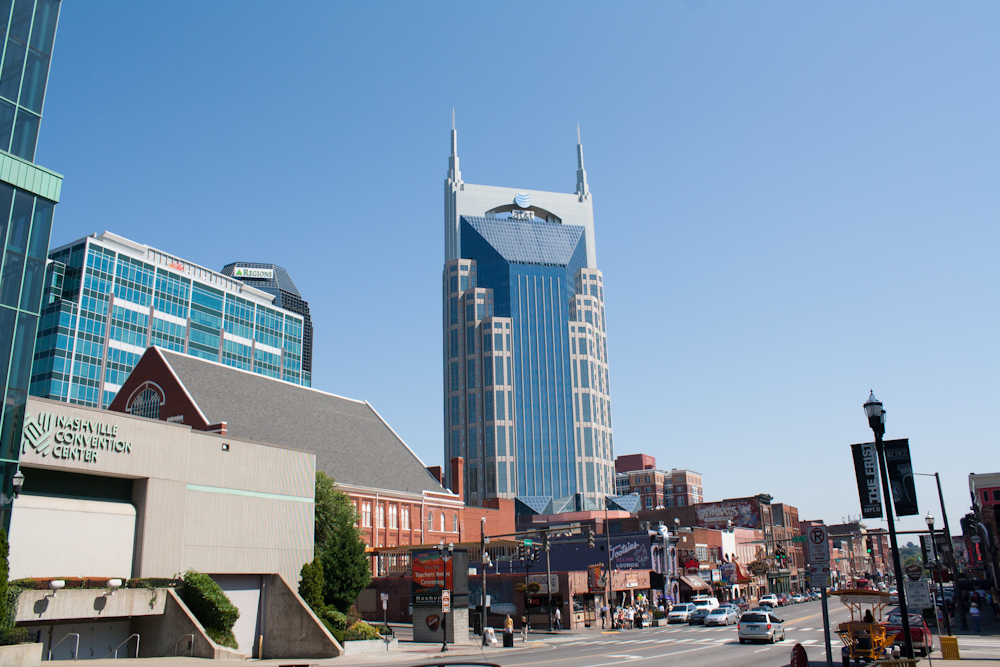 Downtown Nashville is truly a one-of-a-kind experience. With the famous “honky tonks” on Broadway and 2nd Avenue, which feature live music every day of the week, and the constant events going on at Bridgestone, Nissan Stadium, the Ryman, and Riverfront, Nashville has earned the nickname “Nashvegas.” If you live in Downtown Nashville or SoBro (South of Broadway, which is really just the southeastern portion of Downtown), you can definitely walk everywhere in the vicinity of downtown. 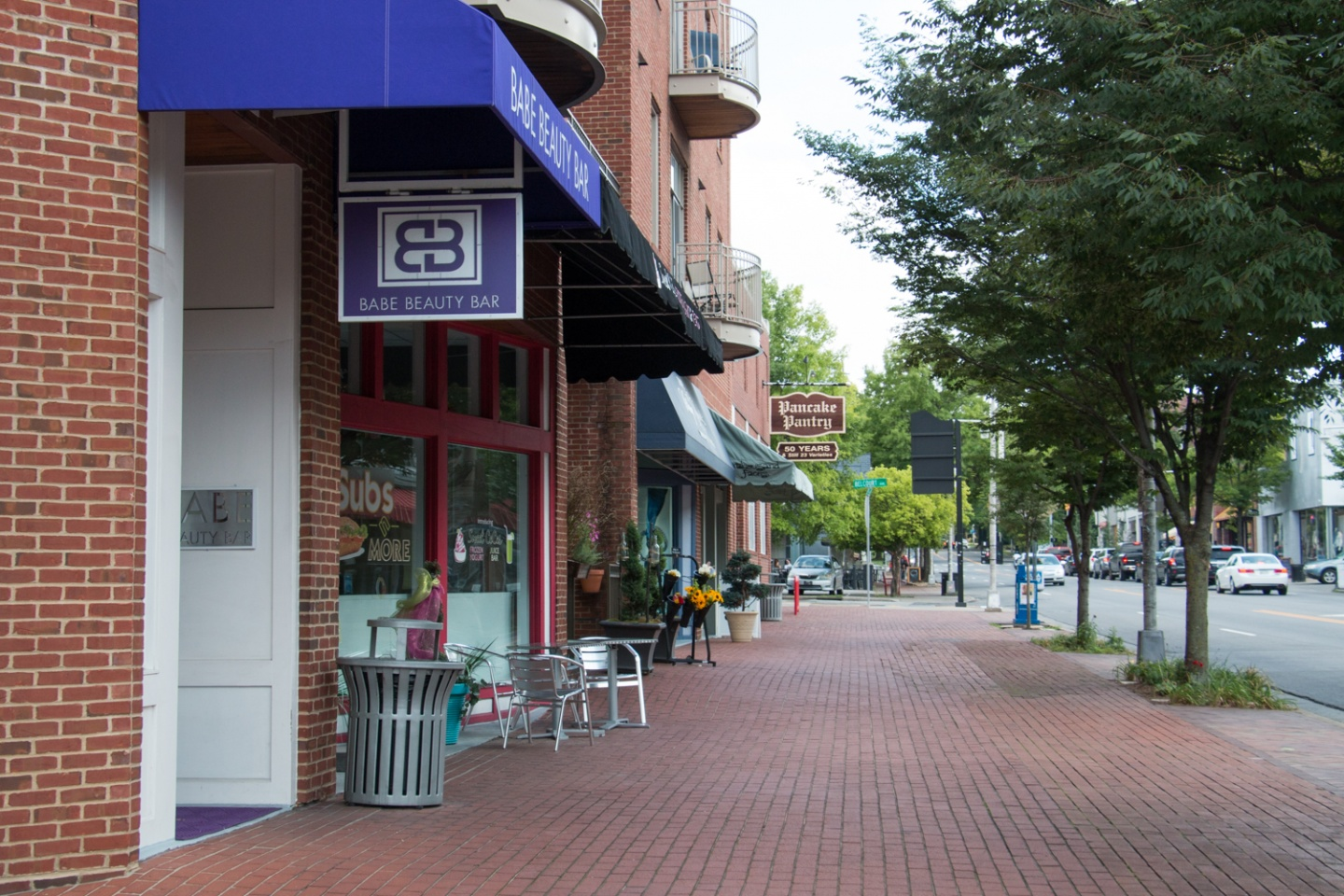 
If you live in Hillsboro Village, you can enjoy over 15 bars and restaurants including Nashville staples like Pancake Pantry and Fido. Hillsboro Village also has some great shopping including several unique boutiques and a local bookstore. It is home to the Belcourt Theatre, which is a theater house with productions like classic, independent and foreign films, musical performances, and live theater.  Although you can walk to restaurants, the theater, and shops, you would probably have to drive to get to a grocery store and the other areas around Nashville. 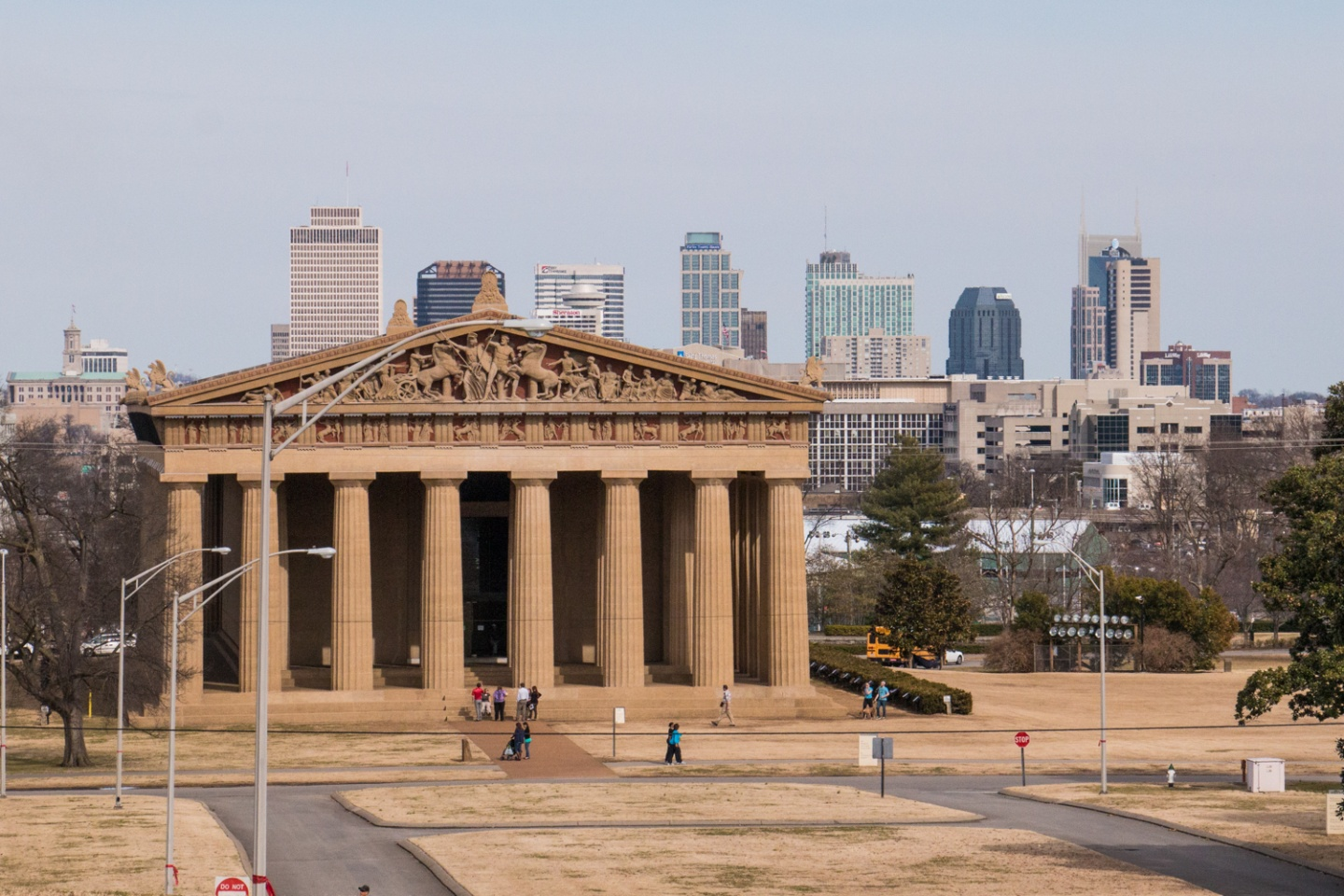 West End (or West End Avenue) is one of the main streets in Nashville. It’s essentially the continuation of Broadway to the west side of the city. Technically it runs through the center of Midtown, but most locals refer to anything off West End Avenue as “West End.” This area is best known for Centennial Park and The Parthenon. Sidewalks line the street, making it walkable from end to end as well as to other areas like Downtown and Midtown.


West End has plenty of dining and shopping, though you’ll see more chains than local spots. A wide-variety of people live off the West End, from wealthy professionals to college students.


Elliston Place, also known as “the rock block,” is a small segment off the West End that has its own hip vibe and culture. With local music venues like Exit/In and The End in the ‘hood, this is an area suitable for music lovers. 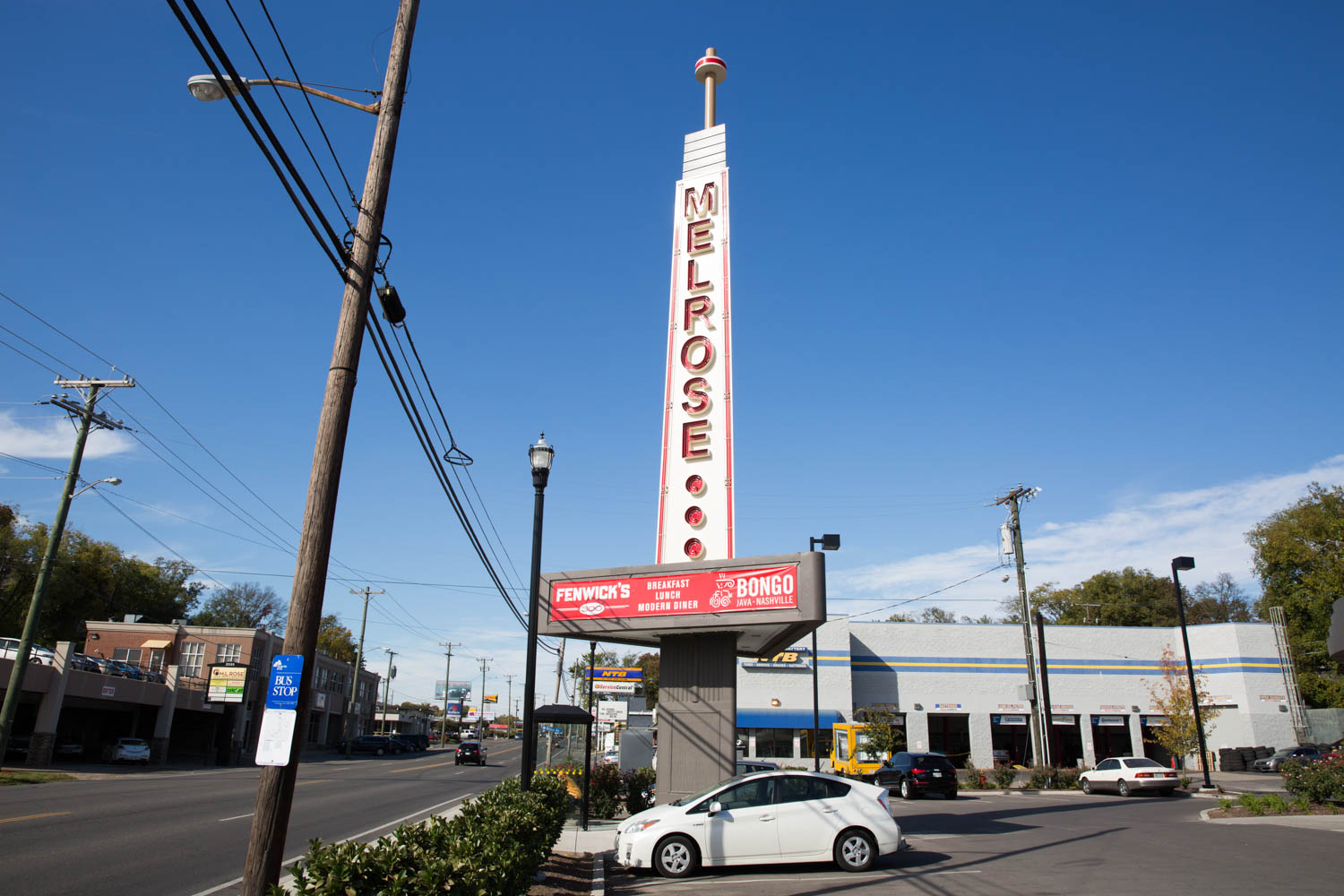 Melrose is a small neighborhood south of Downtown and just east of the ever-popular 12 South neighborhood. Melrose’s main road is Franklin Pike, which turns into 8th Avenue South as you head north towards Downtown. Franklin Pike is a main artery to the city, so the area is always bustling with traffic. The neighborhood doesn’t have any high-rise buildings, so it feels less urban than some of the other neighborhoods. Melrose attracts young adults and families due to its close (but not too close) proximity to Downtown and nearby restaurant and bar scene.


There’s a sidewalk along Franklin Pike and many of the side roads, making walkability easy. In addition to some of the city’s best restaurants and bars like Sinema and The Sutler, there are salons, shops, convenience stores, and a grocery store. Sevier Park is just a short stroll away, too. 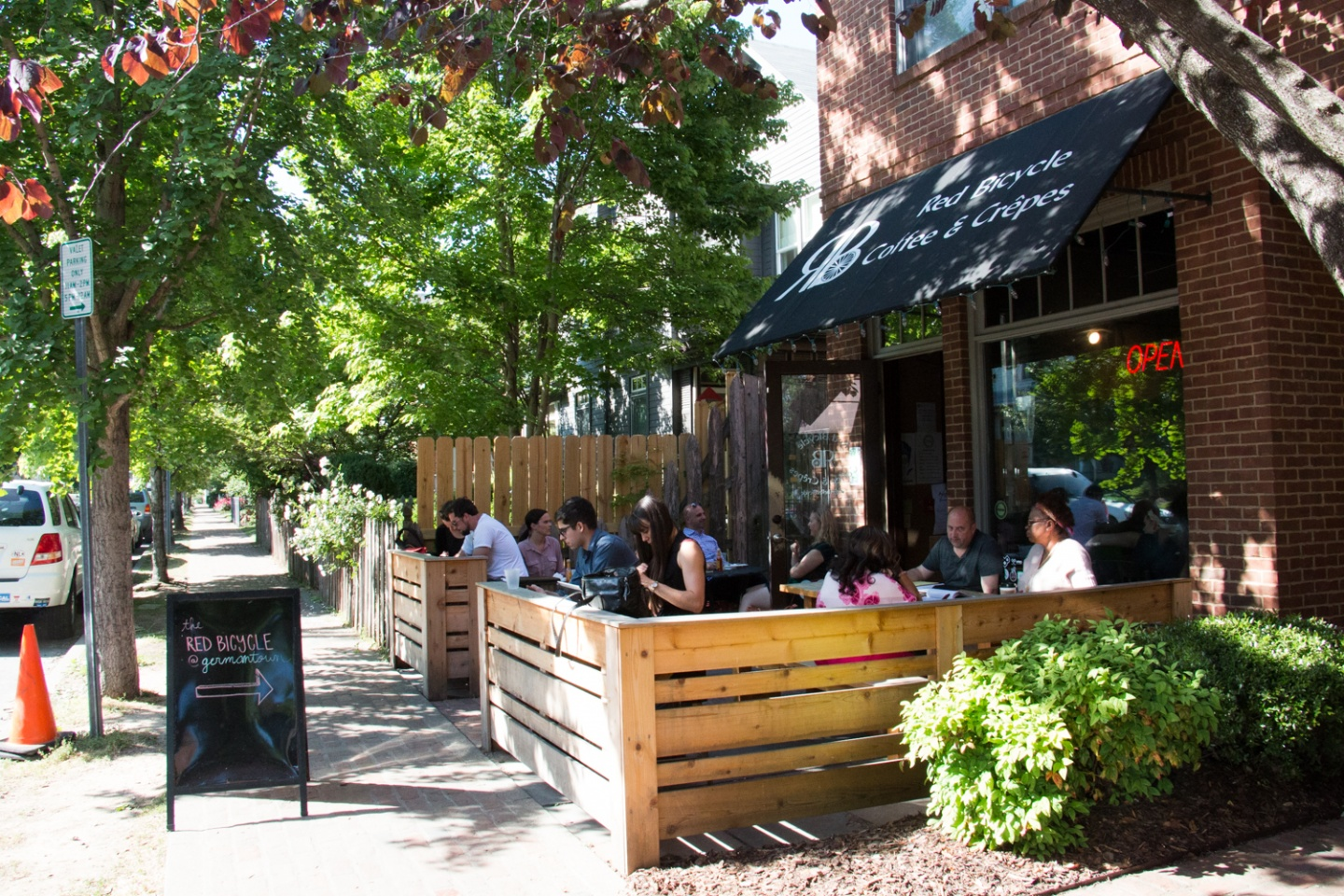 Germantown is one of the oldest areas in Nashville with an awesome, eclectic vibe. The area is fairly small and is undergoing major development! Germantown is known for its annual Oktoberfest, when the entire city shows up for German beer, German traditions, and live music. 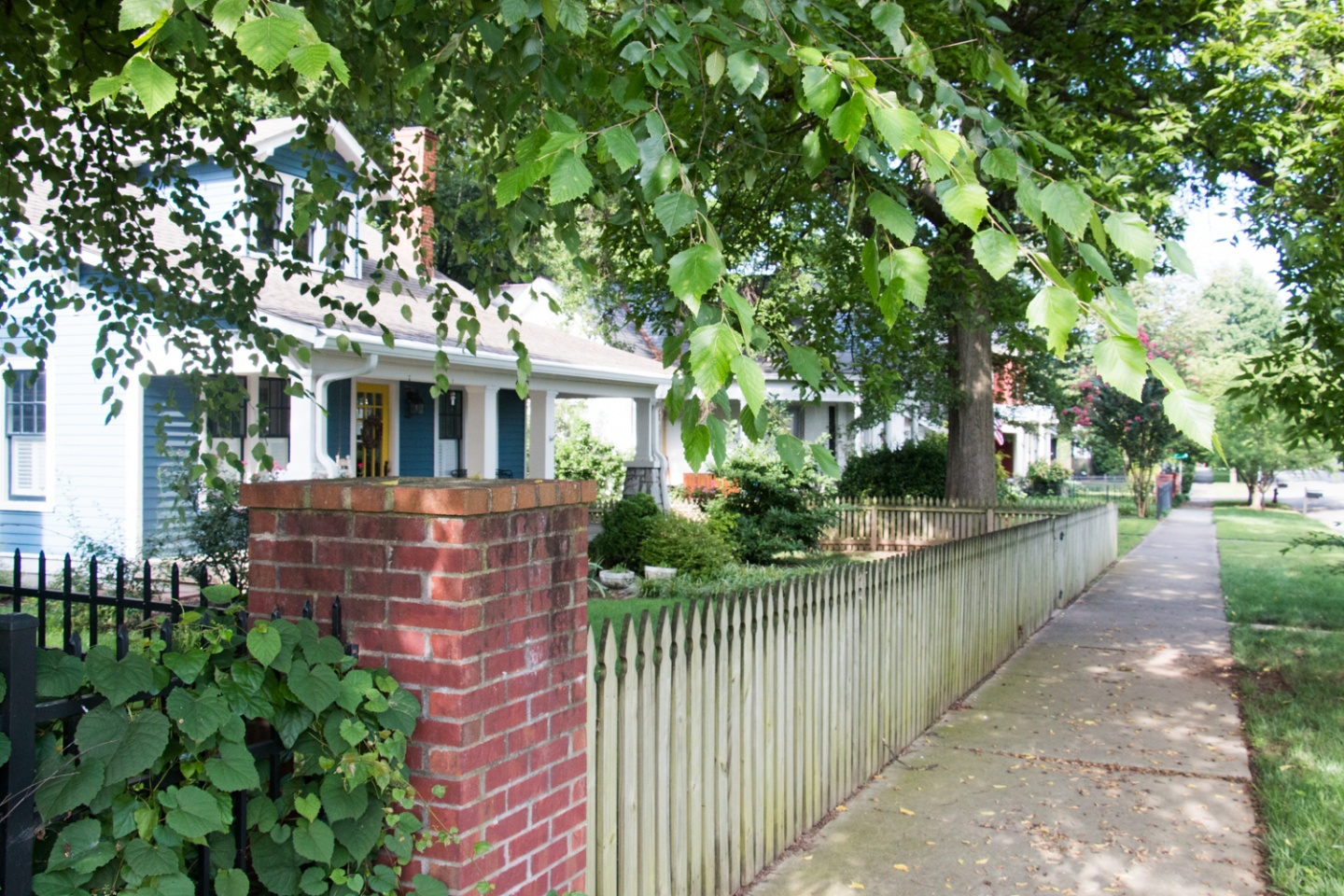 Sylvan Park is so cool and has a friendly “know your neighbor” culture. People who live in Sylvan Park and Sylvan Heights tend to be very involved in the community and are very supportive of their neighborhood businesses. A few Nashville favorites in Sylvan Park are Neighbors, Park Cafe, and Star Bagel. There aren’t that many bars and restaurants in Sylvan Park, but from the coffeehouse to the romantic restaurant, they are all incredible. There are also a couple shops, a natural foods market, and a salon.


If you are an active person, Sylvan Park may interest you. With the McCabe Community Center, Climb Nashville, the Richland Greenway, and the proximity to Centennial Park, there is some serious exercise potential. From Sylvan Park, you can walk to West End and The Nations, but would have to drive to the other areas in Nashville. 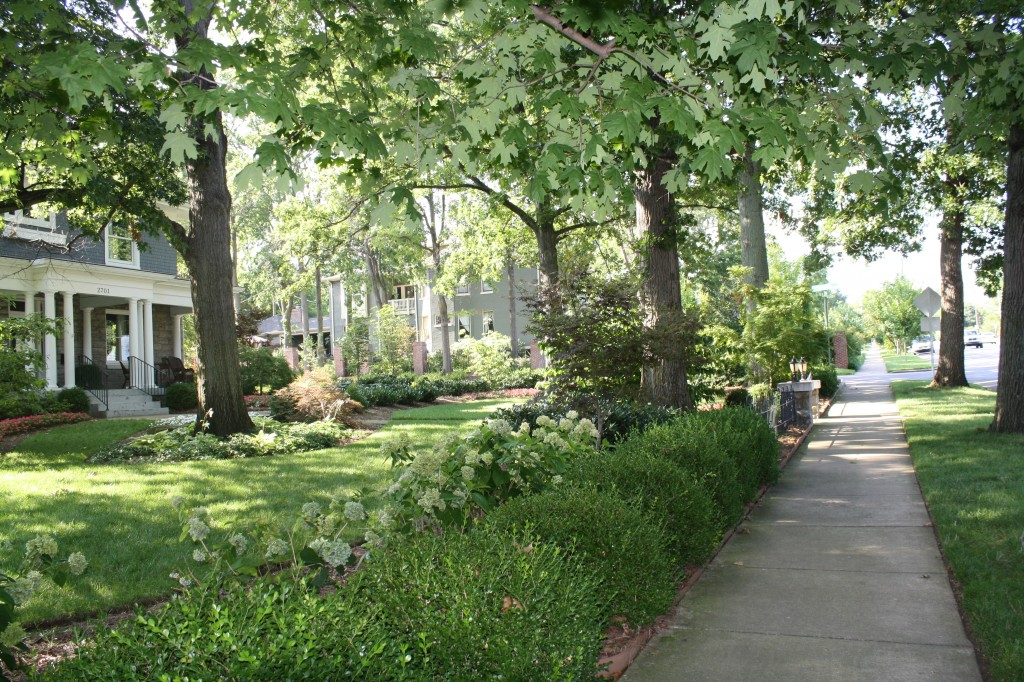 Belmont Blvd is a beautiful, mainly residential area located right next to Belmont University. Nestled between Hillsboro Village and 12 South, Belmont Blvd proves to be a desirable, central location in Nashville. From incredible million dollar homes to more affordable fixer-uppers, you will see all types of people along Belmont Blvd. This area is great for anyone, although, you do see a lot of strollers and tricycles in front yards. Belmont Blvd is a mile strip with wide sidewalks and bike lanes on both sides of the road making it superb for walking, jogging or biking.


Belmont Blvd has several restaurants including the well-known coffeehouse and roaster Bongo Java, which has a huge patio filled to the brim when the weather permits. There is also a great local clothing store, flower shop, and animal hospital. The mix of people on Belmont Blvd creates an energetic culture. If you choose to live on Belmont Blvd, you can walk to 12 South and Hillsboro Village pretty easily, but plan to drive to most of the other areas. 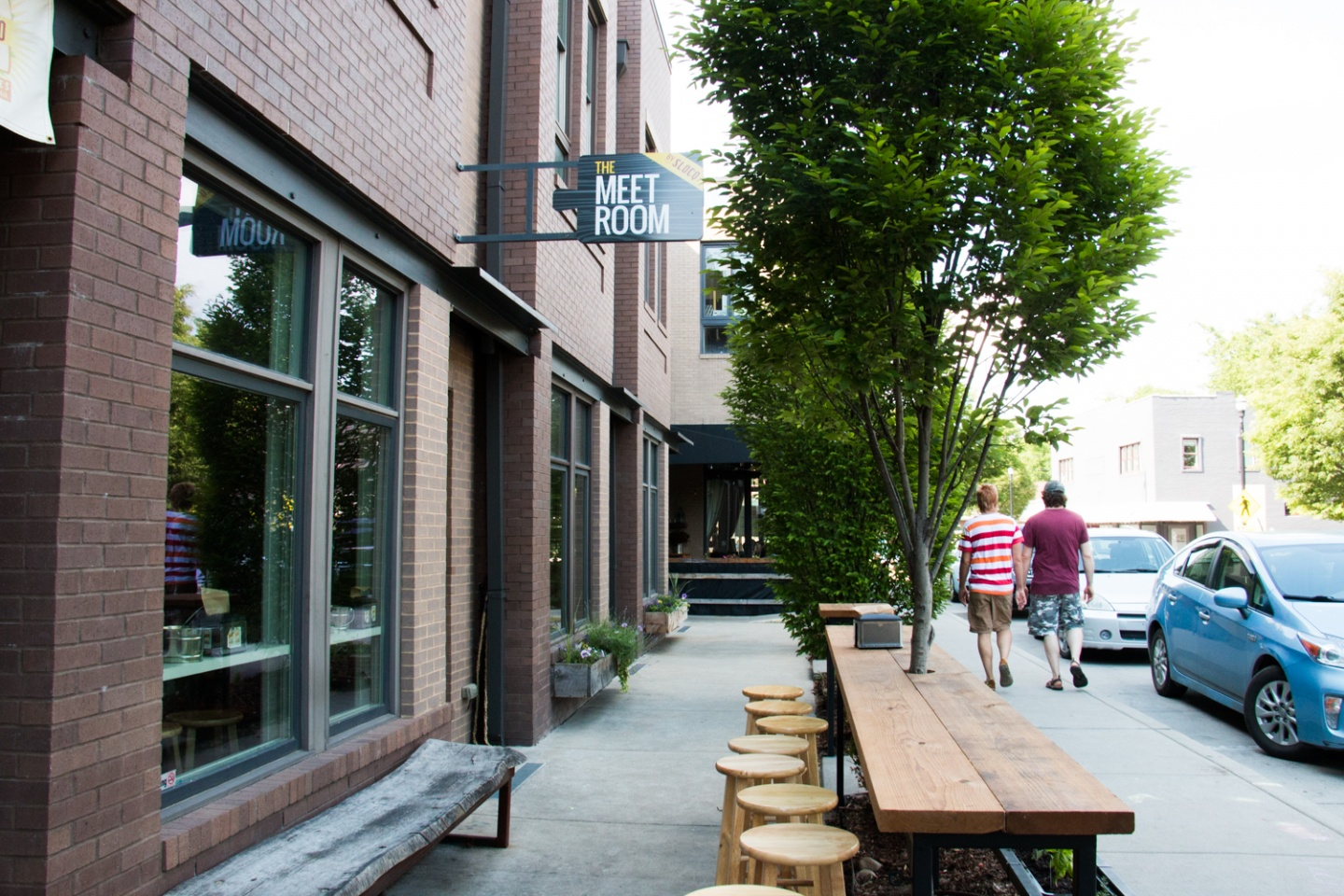 12 South is a great area! There are some awesome restaurants in the 12 South area including Burger Up, Sloco and Frothy Monkey. There are two main places that make up the “late night” action in 12 South including Mafiaoza’s and 12 South Taproom. 12 South also has several shops that sell everything from vintage finds to modern apparel. From 12 South, you can walk to Belmont Blvd, but would need to drive to the other areas in Nashville. 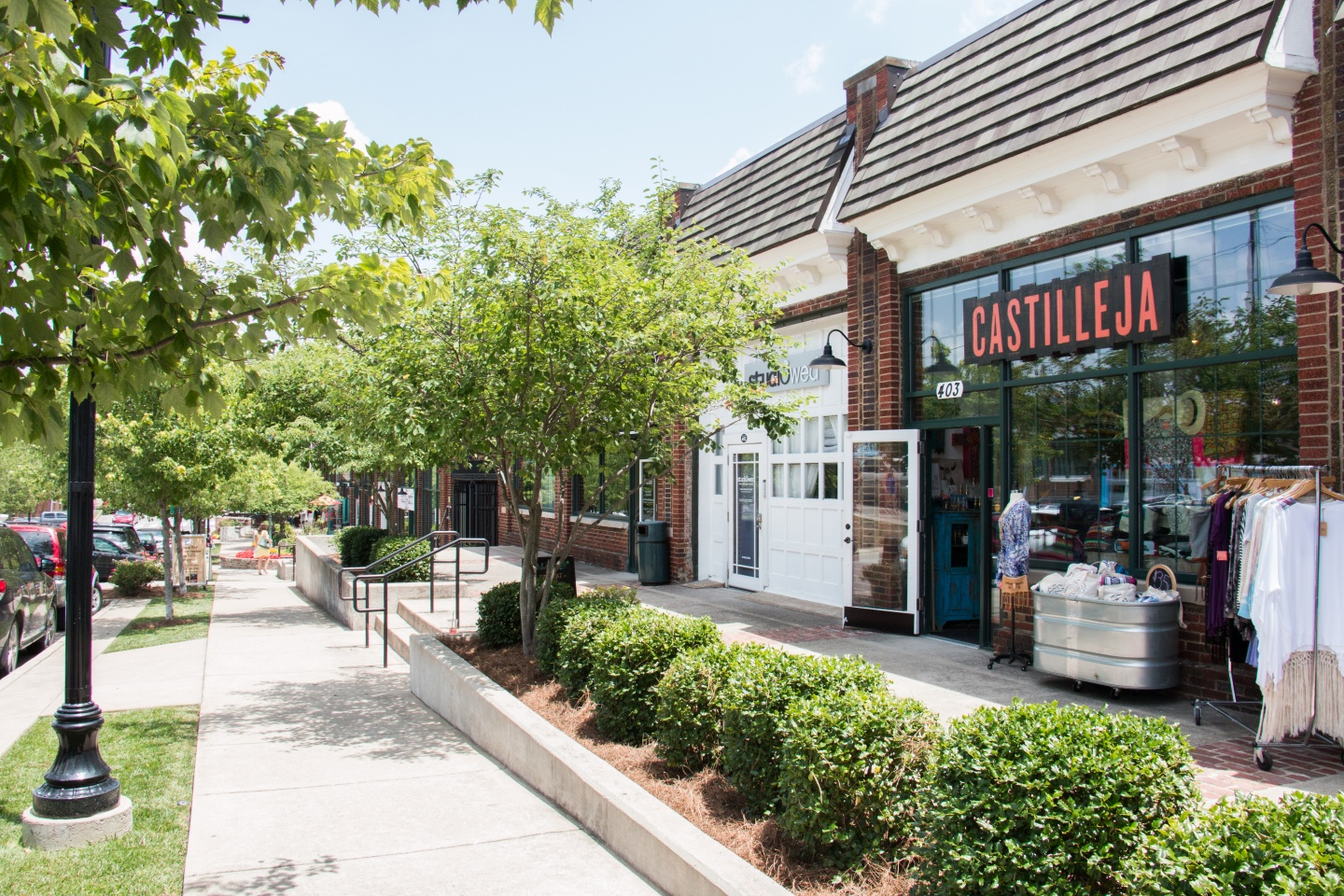 Edgehill Village is a small “village” located parallel to Music Row. This is one of the smaller areas in Nashville but still has a few shops and several eateries, including popular spots like Taco Mamacita and Bella Napoli. The housing around Edgehill Village varies greatly but is composed mostly of single-family homes.


HAVE IT ALL NEIGHBORHOODS 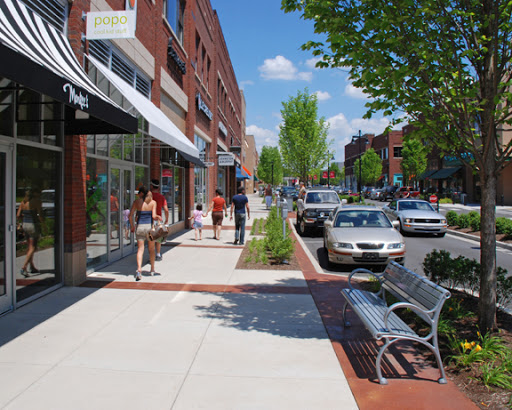 Green Hills is located the furthest south of Downtown Nashville. Green Hills is an area you can live in and not have to leave. You can’t walk to any other area from Green Hills very easily, but you can walk around most of the Green Hills area.


This is one of the bigger areas in Nashville that has pretty much everything you need, from restaurants to grocery stores to clothing boutiques. The area is well-known for its high-end shopping scene due to the designer-filled shopping mall and The Hill Center, a development with local boutiques and well-known clothing stores such as Anthropologist and Johnston Murphy.


Every type of person lives in Green Hills, but the majority seem to be wealthy families and adults. 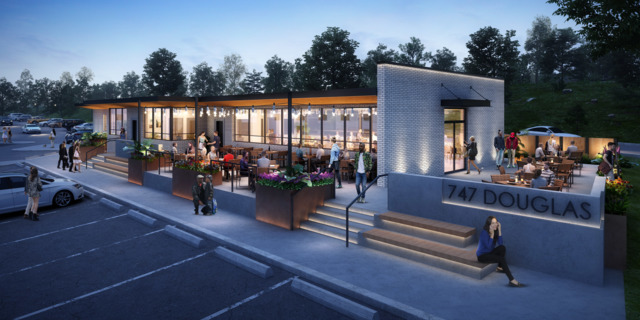 East Nashville also has everything you could need, but it is the polar opposite of Green Hills. East Nashville is probably Nashville’s most eccentric and progressive area, especially embraced by artists and musicians. The area has undergone extreme revitalization over the last decade, drawing a lot of attention to an assortment of newcomers who enjoy a laid-back community and culture.


East Nashville has a huge list of amazing businesses, from restaurants to shops, that are undoubtedly some of the best in Nashville. So many people live in East Nashville, but expect to see mostly young, hip adults and families at the local spots.


There are all types of properties including houses, townhouses, duplexes and small apartments. Walking from East Nashville to the other areas is pretty much out of the question, so be prepared to stay on that side of the river or be willing to drive a little. 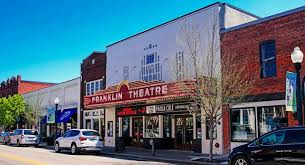 Nolensville is in upscale Williamson County, Tenn. It is a town that has steadily grown in the past years. Nolensville residents have moved into several new housing developments in recent years, with names like Bent Creek, Summerlyn and Winterset Woods. The community recently constructed a new town hall, and several business plazas and new restaurants continue to locate here. The best part is that it is located a short distance from Downtown and surrounding areas. 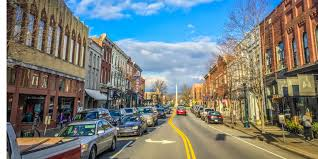 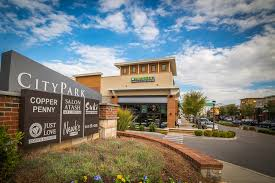 Brentwood, located in scenic Williamson County, is considered one of the most desirable suburban locations in Tennessee. The city is also known for its strong business community and high standard of living. Residents enjoy quality schools, abundant recreational amenities, and easy access to all the sights and sounds of next-door Nashville.

I hope this gives you more of an insight in to our beautiful Middle Tennessee area!
We are excited to have you here and remember that we are always here to help.

If you are interested in buying or renting in any of these areas
please contact me at CaraHermes.REALTOR@gmail.com or
you may send a TXT "RELOCATION" to 615-576-0203 for additional information

To continue searching, you must agree to the Terms of Use.

For the best experience, please provide your cell phone number and select accept below to opt-in to our Terms & Conditions and Privacy Policy to begin receiving text and voice communications.

or make a new notebook

Verify the value of your home,
maximize your investment and see local market activity.

We just need your phone number to finish creating your account.